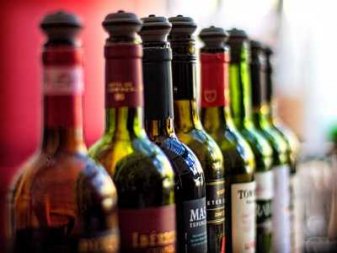 How Wine Colonized The World

The story of wine is deeply intertwined with the story of all of recorded human history. Follow our timeline to see how wine grapes have taken root in every continent except Antarctica.

The Oldest Winery Is Founded In Ancient Armenia

What we know of to be the oldest winery is founded in ancient Armenia. The site was discovered in 2007 by UCLA researchers.

The Pharaohs Rise To Power In Egypt

The pharaohs rise to power in Egypt. They begin making a wine-like substance from red grapes and, due to its resemblance to blood, use it in ceremonies. During this time, the Egyptians come in contact with Jews as well as the Phoenicians. It would be the Phoenicians who would cultivate the wine and begin to spread it around the world.

Wine Was Drank At Least 3,700 Years Ago In Northern-Israel

Archaeologists recently discovered a 3,700-year-old cellar in northern-Israel. The scientists who have studied the findings say that more than 500 gallons of wine were once stored in this cellar (that’s enough to fill 3,000 bottles!).

The Phoenicians Begin To Trade Across The Mediterranean

The Phoenicians begin to trade across the Mediterranean, including the Middle East (current day Israel) and stretching around the sea from North Africa to points in Greece and Italy. It was during their trading that they also brought with them wine, transported in ceramic jugs, as well as grapevines. During travels, the Phoenicians come in contact with the Jews, who began to use wine to mark religious ceremonies. We first hear the mention of wine in the book of Genesis, when, after the flood, Noah, drunk on wine, exposes himself to his sons.

The Rise Of Greece & Hellenistic Conquest

The Greeks, having been exposed to wine by the Phoenicians, begin to perfect the beverage. Wine becomes a symbol for trade, religion and health. A god is named in honor of wine: Dionysus. As the Greek city-states begin to rise in power, they colonize other land around the Mediterranean, and, along with their armies, travel with wine. After a new colony was conquered, Greeks would settle the area, bringing grapevines with them. Sicily and southern Italy formed some of the earliest colonies, and the wine then traveled up the boot toward Rome.

The Romans take wine as their own, creating Bacchus, their own god of wine, and make wine a central part of their culture, just as the Greeks had done. They build upon and formalize the Greek’s cultivation methods to the point that terroir is recognized and famous vintages (121 BC the most well known) are enjoyed for decades. As the Empire and its troops expand across Europe, Romans plant grapevines in modern day France, Germany, Italy, Portugal, Spain as well as a number of Central European nations.

Wine Travels To The New World

Wine travels to the New World and it’s brought to Mexico and Brazil by the conquistadors. Wine spreads across South America from these two original locales.

The Portuguese sail to Japan. Saint Francis Xavier brings wine as a gift for the feudal lords six years later. Jesuits convert over 100,000 Japanese citizens to Catholicism. At the same time they introduce imported European wine to the population. In 1587, when Toyotomi Hideyoshi reunifies Japan, Christianity is banned. Grapevines are finally planted around 300 years later, during the Meiji restoration, when the nation embraces Western culture.

Spanish Missionaries Spread Across The Americas

Spanish missionaries travel from Chile to Argentina, settling in the Mendoza wine region, and planting the region’s first grapes.

Wine Briefly Comes To The U.S. In Florida

Wine comes to America, being made for the first time by French Huguenots in Jacksonville, FL. The Huguenots did not bring European grapes with them, but instead used native grapes they found growing in the area. The wine made was not pleasant to the Huguenots, and they stopped making the wine shortly after they began.

Norseman Leif Eirikson is believed to have cultivated wildly growing grapes in 1001 AD, but the settlement didn’t last. The French claim Canada as their territory in 1534, but they do not establish permanent settlements until 1608, when Samuel de Champlain founds Quebec City. Jesuits quickly follow and attempt to grow European grapes. They have little success so they turn to the local grapes.

The French import French grapevines and begin cultivating wine in Virginia. Wine starts to be made up and down the Eastern Seaboard, but, due to the colony’s Puritanical roots, it does not immediately take off.

As the Dutch East India Company colonizes South Africa, there is a demand for wine to supply the sailors for their long journey back from Africa to Europe. Vines are planted and wine production begins in Cape Province to fill this need. Later the English would seize the colony.

Spanish missionary Junípero Serra, having traveled from Spain to spread the gospel in the New World, travels to California from Mexico City, opening a mission in San Diego and bringing with him grapes in order to create the region’s first wine. Spanish missions then spread across California, and the Franciscan monks bring with them the art of making wine, establishing Sonoma’s first winery in 1805.

Thomas Jefferson Is Appointed The Minister To France

Thomas Jefferson is appointed the minister to France. Jefferson travels to France and falls in love with French wine, particularly Bordeaux and Burgundy. Jefferson becomes convinced wine of equal caliber can be produced in the US. He returns with more French grape cuttings, and a desire to see wine thrive in Virginia.

The First Fleet Sails To Australia Via South Africa

The First Fleet, having departed the UK in 1787 in order to travel to Australia to establish the penal colony, makes a stop in South Africa. During the stop the fleet picks up grape cuttings that will be planted in Australia upon the fleet’s arrival.

James Busby, a British resident living in Australia who is considered the father of the Australian wine industry, is appointed to the position of British Resident of New Zealand by the British government. Busby travels from Australia to New Zealand and brings with him grape cuttings from Australia. He establishes New Zealand’s first vineyard in 1836.

Americans seeking to better their prospects travel west, bringing with them a desire for riches and a taste for wine. Their taste for wine not only increases demand for the wine already being made in California, but the gold rushers also bring with them vines from the East coast, most indigenous to France, but also Zinfandel, a grape for which California would become known, that originated in Croatia.

Phoenicians planted wine here back in their era, but Islamic rule eventually stuffed that out. When France took control of Algeria in 1830 they started replanting vineyards. Wine production soared when phylloxera decimated the French wine industry in the 1860s – 70s. Production hit a high point in the 1930s, with most of the wine being exported, particularly to French winemakers in the Languedoc for blending. When the French ceded control in 1962, production went into a long decline.

China Opens Up Its Economy

As the Chinese economy opened to the world under Deng Xiaoping, imports of French wine arrived, followed by the French themselves, working with local partners to plant vineyards. In 30 years, as China’s middle and upper class populations ballooned, the nation has grown into both one of the world’s largest consumers and producers of wine. See our posts on China: ‘What’s The Deal With China And Wine’ & ‘The Biggest Consumers Of Wine In 2013’

Want to join the discussion?
Feel free to contribute!